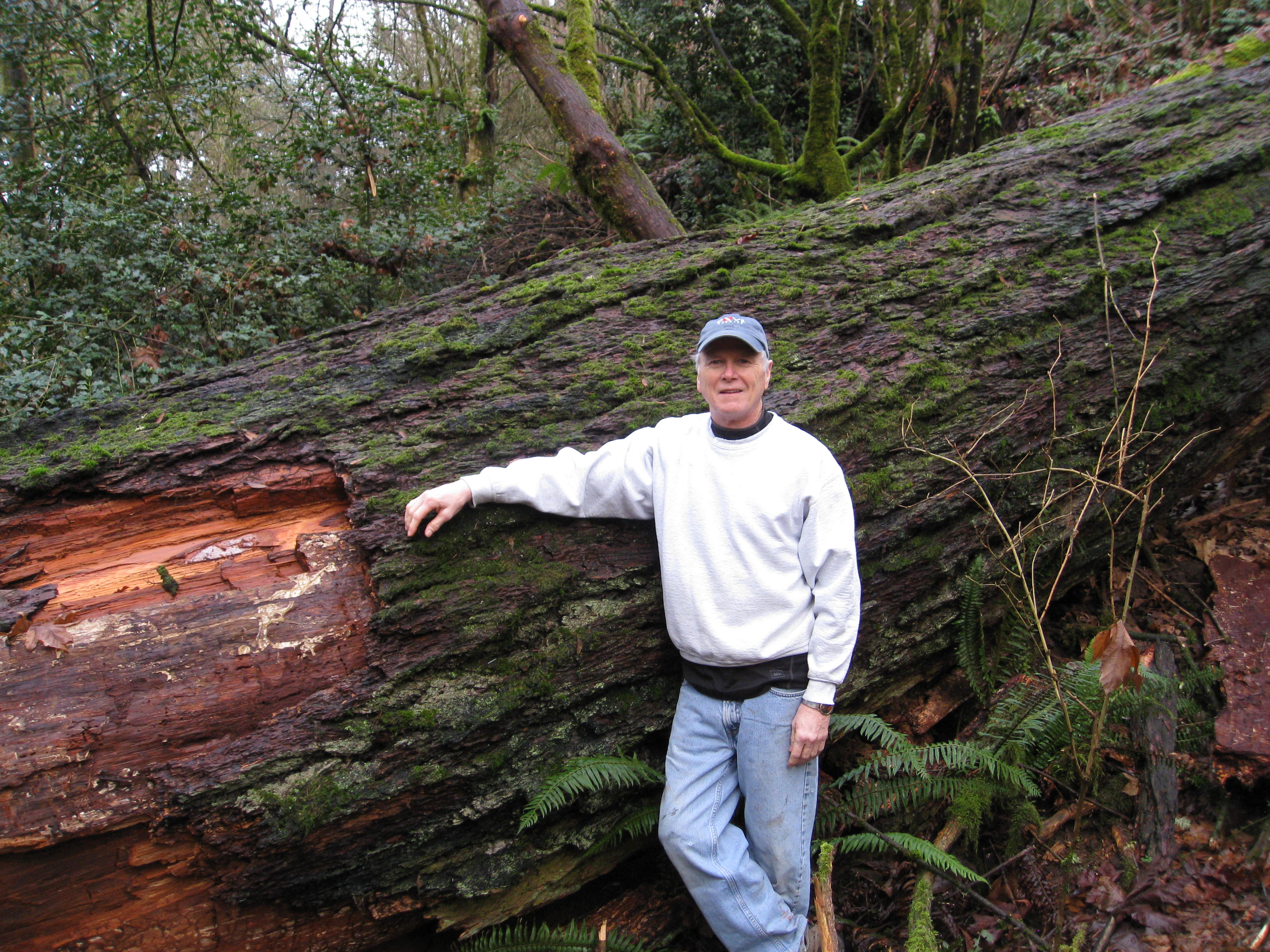 I had an experience last week that got me thinking about how easy it is
for us to take people for granted and assume they’ll always be
around. And then one day, they suddenly and unexpectedly, are gone. On
December 20, 2001 I was with my dad at 5:01 am when he took his last breath. While he was 87 I thought he would live longer. I took him to the hospital and
the next day he died. The story you’ll read is about a tree but it’s
loss got me thinking about things more important than trees. I know
this is a longer email than I normally send, but I hope it will give
you something to think about.

I looked out my window the other day and noticed that a
giant tree had fallen to the ground. At one time the old growth tree had
towered over 150-feet into the air. It was bigger at the base than two men with
outstretched arms could reach around. Decades ago its top had been hit by
lightning and snapped off, leaving a snaggle tooth tip that pointed to the
heavens.

I met the tree the first time I entered our home eleven years ago. The house rests on the side of a steep ridge in the Pacific Northwest. Just on the other side of the V shaped slopes stood the old man, like a prehistoric sentry, too old and tired to nurture branches and needles. Its dead limbs served as perches for eagles, turkey vultures, woodpeckers and
sparrows. Squirrels occupied the tiny rooms just inside the open wounds that
marred and scarred its side.

Of course, I knew nothing of the birds and critters that
made it their residence. I only knew I was witnessing a wonder of God’s
creation. This magnificent tree stole the scene so completely that
everything around it faded away like a picture frame housing a Picasso.

Since that time I’ve spent hours enjoying the wonder of that
tree. To the left of my desk is a large window that offers a view of the ravine. Beside me sits a pair of binoculars. With them I’ve watched squirrels chase each other around its giant trunk. I’ve seen pileated woodpeckers hammer away on its bark. In the summer I’ve watched turkey vultures, resting on its highest point with outstretched wings, soak in the sunshine.

I’ve seen it withstand howling wind and driving rain. In the
winter I’ve seen it dressed as an inverted icicle after a coating of ice. Storms have raged against it, but it has stood tall. It has remained sturdy through it all . . . a constant over the years.

Last summer my two grandchildren and I hiked down the steep
ridge to visit the tree. Standing at its massive trunk, looking up into the air
for what seemed like forever, all three of us let out the only word we could
find: “Wow!”

The kids knew the tree was big. But viewing it through a  window or from our deck couldn’t showcase its massive size like standing beside it.

Two weeks ago one of my sons mentioned that the Old Tree was
leaning. “Have you noticed, Dad?”

I walked to the window and inspected it from there. Then I
checked it out from a few other windows. It did seem to be leaning. Or, had it
been leaning all along? If I had compared with pictures taken over the years, I 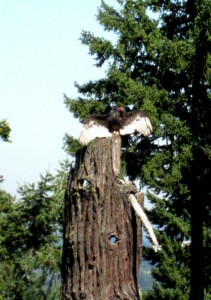 would have seen that not too long ago it stood straight. I didn’t because I  just assumed a 200-year-old tree wouldn’t fall in my lifetime.

A few days ago, early in the morning, I looked out the
window by my desk. I silently tilted my head. Something was different. Something was missing. And then I saw it, like a picture erased from its canvas, leaving only the frame, the forest looked empty, naked. The Old Tree had disappeared—fallen to the ground, probably while I slept.

Initially, I didn’t believe what my eyes were telling me.
Had it really fallen? Even now, I lean back in my chair and look out the window. What once captured my eyes and entertained me, no longer stands.

Later that day I climbed down the steep ridge to see the Old
Tree’s body. It had fallen with force, taking with it trees and branches and
anything else that tried to soften its landing.

The snaggle top of the tree and everything thirty feet below, shattered when it hit the ground. The explosive power of the impact hurled bark and rotten wood away like shrapnel from a grenade. The remaining fifty feet of the trunk rested where it fell—across a small stream whose water could barely squeeze under the behemoth.

One thing I know for sure, it did not fall and land as
silently as it had stood. But I have other questions.

Did the sleeping squirrels wake as it tilted? Did they
scamper to safety before it glided through the air? What of the birds that
dozed within its walls?

If I had known it would fall while I lived, I would have visited
it more often and taken more pictures. I would have showcased its height by
capturing its image from the ground looking up. I would have saved forever an
image of the vertical furrows making its bark like a patriarch’s face, wrinkled
and worn.

Had I known it would fall, I would have stood sentry watching
so I could be with it in its final moments of glory. I would have been there to
see gravity bring the tower to the tipping point, to hear the final strands of wood
tethering it to the ground suddenly snap. And I would have watched in disbelief
as it did what it had never done in more than a human lifetime.

A crashing roar surely accompanied the fall as it raced, with deadly force, through trees and tree branches, followed by a
ground-jarring blast, momentarily sucking all sound from the air. And the groaning earth falling dirt particle twigs and branches and the excited screeches of jays screaming in 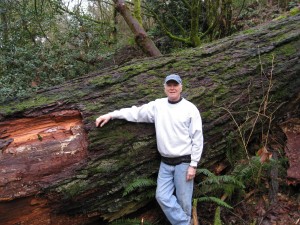 confusion—because the Great Tree had fallen.

As I said goodbye to my old friend, standing by its side, I recalled the words of Solomon:  “If clouds are full of water, they pour rain on the earth. Whether a tree falls to the south or the north, in the place where it falls, there it will lie” (Ecclesiastes 11:3).