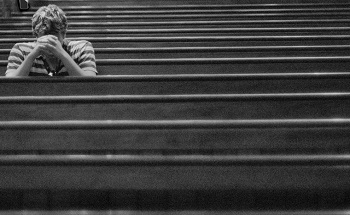 I have no idea over the course of my life how many people I’ve asked God to heal. It has to be a lot though. Through the years I always gratefully accepted invitations to pray for the sick. I prayed with sincerity and I believe my prayers accomplished something good. They brought comfort to the sick and their family. They brought God into the situation. And they strengthened my relationship with the people involved. But nobody got healed. At least, none that I’m aware of.

Now days I expect people to be healed and occasionally they are.

I’ve wondered about this. After all, if I’m following Jesus, shouldn’t everyone I pray for be healed?

In seeking an answer I examined the ministry of Jesus and his disciples. Did everyone the disciples prayed for get healed? Could Jesus heal everyone? Surprisingly, the answer to both questions is, no. The disciples couldn’t heal the demonized boy whose story is told in John five. It seems reasonable to me that there were other instances where they prayed and people weren’t healed. But such stories aren’t in the Bible.

And what about Jesus? In Mark 6:5 a comment is made about the Lord’s healing ministry in Nazareth, his hometown. This statement is one of the most profound in the Gospels. It says, “And he could do no miracles there, except that he laid his hands upon a few sick people and healed them.”  Think about that for a moment. It doesn’t say Jesus “wouldn’t” do any miracles there. It says he “couldn’t.”

Some folks think the issue is always one of faith. That was the issue in Nazareth. Therefore many conclude if a sick person, or their loved ones, or the person praying has enough faith, healing is guaranteed. But sometimes people with faith are not healed and those who lack faith are healed. In the Gospels Jesus healed people and commended them for their faith—think of the woman with the flow of blood. She touched the Lord’s robe and was instantly healed. A moment later Jesus said, “Daughter, your faith has made you well” (Mark 4:34).

But in that same chapter the daughter of Jairus, the synagogue official in Capernaum, died. She certainly didn’t have any faith, yet Jesus raised her from the dead. Earlier, after Jairus was informed of his daughter’s death, Jesus told him, “Do not be afraid any longer, only keep on believing” (Mark 4:36). The words of Jesus tell me that Jairus had previously been both fearful and believing. Understandably, he lost hope when he heard about the girl’s death. Before walking to the synagogue official’s home and the dead girl, Jesus stoked the faith of Jairus when he urged him to keep on expecting his daughter to live.

So in both those miracles someone clearly had faith. However, the disabled man Jesus healed at the pool of Bethesda made no expression of faith. Interestingly, after healing the man Jesus hunted him down in the temple and told him, “Do not sin anymore, so that nothing worse may befall you” (John 5:14). Apparently the paralyzed man was practicing a secret sin when Jesus healed him. Jesus wanted the man to know that if he continued, his healing would be reversed.

I’ve concluded, healing occurs when the sick person has faith, or a friend or family member has faith, or the person praying has faith. And it occurs where faith seems absent. Yet, Jesus promised if we pray with faith, we will receive what we request (Matthew 21:22 and elsewhere). Since faith plays a mysterious role in healing, I always seek the Lord in prayer and ask him to give me a faith that will deliver his healing power to those I’m praying for. And I try to stir up the faith of the person being prayed for and anyone else who is present. But I’m careful not to put my faith in my faith, rather than in God.

And it’s a mystery as to who, and when, and where and why God heals.