Home Life and Death I Did A Few Things Right!

I have a friend who is dying. I’ve known Stan Giles since 1977 when we worked together at a church in Houston, Texas. He has brain cancer and every day is now a gift. For the last couple months he’s been sending an email to friends. Last week he wrote something that has profoundly affected me. You see, Stan did a few things right. 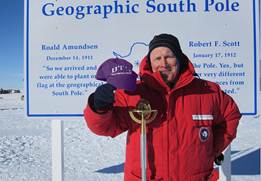 Ideally a humble and gracious person looks back on life and assesses their good and bad performance. Most of us have done both. I present a few things I did right and offer them as suggestions.

First, when we discovered Sandi was pregnant in March of 1984, I jumped in our car and went to a local store, bought a ledger/journal, and began writing about her/him. This was an era when pre-discovering a child’s gender was far less simple than today. Sandi didn’t know about my writing journal, but that evening I began what would last for a couple of decades. On Thanksgiving morning, he (we discovered that morning) was joyously born. It was a week later that Sandi discovered my writing but it went on for 22 years – until his college graduation day. I quit writing that day!

For Shannon I followed the same process and quit 22 years later, the day she also finished college. Our kids knew nothing of these journals until a few months ago. What’s interesting is that until recent months I had never read them. But what’s most hilarious in my life right now is listening as Sandi reads a few pages. We usually laugh and occasionally shed a tear or two.

Second, we took our family to all 50 states. All of them! Our goal was to stand in each and, at a minimum, spit in that state. We did the bare minimum for eight of the fifty. But we did stand in them all. Why? Because this is a great country with beautiful resources and wonderful people. It’s far from perfect, but I’ve been to 39 other countries, including two tough ones in two war zones, and almost daily I thank God for His grace in allowing me to be an American.

Third, I’ve been blessed with a great wife. She’s been good to me. I could say more, but I’m grateful for our life together. Often in the middle of the night I awake, take a “brief brake” as most men do, and then lie in bed thanking God for His goodness in my life.