Home Healing A Man With a Healed Kidney 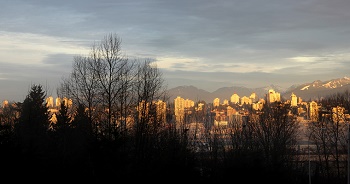 Surrey, British Columbia was once recognized as the car-theft capital of the world. It still competes for the bragging rights but nobody in the Vancouver burb seems disappointed that they’re no longer number one. Cindy and I drove from Portland to the southwestern corner of Canada in May of 2014 where I spoke at a men’s conference at Cedar Grove Church.

Between our time in Bonaire and our trip to Canada, I had continued to see God work in amazing ways.  But Cedar Grove church stands out. Before the first session, as the band rehearsed, I met with the lead and executive pastors. As we talked one of them mentioned that Rico Galindez, the worship leader, had been in bed all week because of an inflamed kidney. Even though Rico could hardly stand, he toughed it out and came to the event to lead the band. The moment I heard about his kidney, I sensed God would heal Rico. But not wanting to pray for him unless I was sure, I asked the Lord, “Which kidney?”

“The left one,” I distinctly heard.

After the meeting I entered the worship center and introduced myself to Rico.

He smiled and said he was doing well except for the pain in his kidney. I asked which one.

I then asked if I could place my hand on his back and pray for him. A moment later I prayed and nothing happened. Because I believed God intended to heal Rico I concluded there was something else going on and I asked if we could go to his office. It turns out Rico’s dad had damaged his kidney by beating him when he was young. Later Rico’s kidney was further damaged when he became a boxer and then joined a gang. I didn’t think it was the extent of the physical damage that prevented his healing but unresolved anger. After talking for a while, I led Rico in a process which identified the source of his anger, liberated him from that anger and resulted in emotional healing. I then prayed for his kidney. The pain immediately ebbed away.

I have discovered something others already knew: there is a direct correlation between bitterness and many health issues that torment people.

The following Tuesday, after I had returned home, he sent me an email telling me he was pain free and had worked out the day before. In October he sent another email informing me a scan on his kidney produced positive results. Equally encouraging, he reported seeing others healed through his ministry.

As I was writing the last line I received the following email from Rico:

Short report as to how things are progressing, I continue to receive healing both physically and spiritually. My sense of justice and the abnormal way I let it run my life has completely freed me from having to fight other people’s battle. I am now less stressed when I have to listen to people’s issues. Physically I have been without pain since the first week of May. And since I’ve gone back to the gym I have now achieved my goal of benching 315 hoping to do 405 by May.

Amazing timing on his email. Here’s Rico telling his story in a short video.

As I continued to see people healed of a variety of emotional and physical illnesses, I felt I could no longer deny the evidence regarding the Lord’s miraculous ministry. One day while praying I told God, “I’m in. Jesus heals today and I’m not going to listen to my doubts and cynicism again.”

But what about demons? What about spiritual affliction? I wasn’t quite ready to go all in with that. And then Rico and the lead pastor of Cedar Grove Church, Kevin Cavanaugh, introduced me to Mike Riches. I’ll tell you about Mike next week.