Home Personal Growth I Do It All The Time 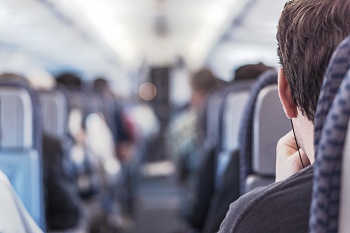 I see someone and quickly make judgments based on a visual inspection. I judge how well they measure-up to my dress, grooming and posture standards. Are they fit? Or not? Are they attractive? Or not?

We start talking and I do it again. I make judgments based on their speaking and listening ability. Are they relationally warm and engaging? Do they laugh easily and make me laugh? Do I feel safe around them? Are they interesting? Do they think I am?

These judgments require no thought. Even though they cover every continent in my mind, they occur like a lightening flash.

Regretfully, I’ve programmed my mind with bits of information about how to judge the value of a human being and I’ve been running it all my life. Once I saw this in myself, I realized I had learned these standards from my parents, friends, enemies, teachers, professors, coaches, Bible teachers, pastors, the entertainment industry, and the Internet. It seems every part of my world provided me with data.

I find this troubling because it enables me to identify with the Pharisees. They are not a group of people I want to identify with. They were the bad guys who killed Jesus for, among other things, violating the Don’t Heal on the Sabbath rule.

They made up this rule to help God. Here’s how. The Fourth of the Ten Commandments says, “Remember the Sabbath day, to keep it holy.” These ancient interpreters of the Law took it upon themselves to make up rules which would explain exactly how people could keep the Sabbath holy.

Among those rules was one which said, “No work at all, of any kind, on the Sabbath.” Specifically, during the Sabbath, they couldn’t exceed a stated number of steps. This required meticulous step counting. They also had a limited number of steps they had to take before stopping and praying and walking again. They were forbidden from helping or healing on a Sabbath

And it’s not like Jewish children woke up as adults and learned these rules. No way. They had observed them from toddlerhood. They had seen their father, mother, siblings, extended family, friends, religious leaders, and teachers devoutly keep the No Work on Sabbath rules.

This made it easy to judge godliness.  That’s why when Jesus healed a man’s hand, in the temple, on a Sabbath, they reasoned no more than a reflexive horses kick. Their judgment was immediate because it was as instinctive as a blinking eye before an incoming insect. When they saw Jesus heal a man, in the Temple, in front of the crowd and the Pharisees, they instantly judged him to be a false prophet who came not from God, but Satan. They knew a godly man would never work on the Sabbath.

Jesus quickly exposed their faulty thinking and then summed up his argument with this exhortation, “Stop judging by mere appearances, but instead judge correctly” (John 7:24 NIV).

The Lord’s command tells me that judgments based on mere appearance will likely be wrong. So if I quickly assess people based on ingrained man-made rules, I’ll not only be wrong, I’ll be like the Pharisees.

This provides me with the kind of truth that exposes faulty thinking and causes me to seek reality. To reject snap judgments and look deeper for the truth.

Because I do it all the time, change will be a challenge. But I’m now resisting the urge to judge based on appearances. I’m seeking to judge rightly. And it feels right.