Home Life and Death I Could Have Lost My Arm

Considering that emergency rooms aren’t the happiest places, the dark haired girl seemed unexpectedly cheerful. Kinda’ like the hostess at an upscale restaurant. Only she wasn’t greeting celebrating couples or relaxing friends, she was admitting sick and injured people. After getting my identifying information and the cause of my visit, she asked me to rate my pain from 1-10. While my right arm was red and swollen, and my elbow looked like Rudolph’s nose, I wasn’t in much pain. So I said, “Two.” If I had known then what I knew six hours later, I would have pressed hard on my elbow and said, “Eight.” 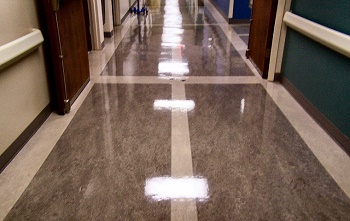 That Monday night visit to St Vincent’s hospital followed an ER visit the previous Saturday to a different hospital, close to my home. There an IV drip and follow-up antibiotics had failed to arrest the charging infection in my elbow and arm. By Monday most of my right arm was an angry red. My swollen forearm looked like I had spent years squeezing a rubber ball. I don’t think it compared in size to Popeye’s guns, but its circumference was about an inch larger than my left arm and the inflammation was marching quickly toward my hand to the south and my shoulder to the north.

Because an urgent care facility was closer than a hospital, and hopefully a quicker place to get treatment, late Monday afternoon I made the short drive. After a five minute wait, the urgent care doc educated me about the rise of drug resistant bacteria in the U.S. and around the world. She gave me some crazy statistic about the percentage of bacteria that have adapted to antibiotics and laugh at any attempt to kill them. She concluded her examination by saying, “That’s a scary infection.” I remembered reading articles about flesh eating bacteria and other bugs that couldn’t be killed with meds but did die when the infected appendage was amputated. All cheerful thoughts.

“You need to get to St. Vincent’s hospital. They’re skilled at treating infections.”

While the doctor’s words carried a serious tone, I didn’t want to get caught in traffic and so I returned home, showered, dressed, ate dinner, completed a few chores, packed some clothes and books, and headed for the ER at St. Vincent’s Hospital, just west of Portland.

The cheerful girl told me it would be a two hour wait. As I walked away, she said, “Well, it could be longer.” I glanced at my watch. It read, nine p.m.

The waiting room—actually there were three large areas—was well appointed, comfortable, and filled with all sorts of hurting people. Over hushed conversations a baby cried loudly. I didn’t see a single scolding glance or hear an unpleasant comment about the child. I think we all felt sorry for the parents and their baby. We understood.

After I had been waiting for an hour, a 20-year-old guy and his pencil-thin mother sat beside me. Because he had bright eyes and an easy smile it surprised me when he said he was there because of a drug overdose.

“When did you overdose?” I asked.

“Two days ago. On Vicodin.”

That seemed odd. I always thought the effects of an overdosed would be more immediate. Four hours after I had arrived, he was admitted. I was beginning to understand the importance of my level two pain.

An hour later he reentered the waiting area and announced, “I’m fine. Everything’s good.” No surprise there.

At three in the morning I approached the desk and explained that the red part of my arm had grown an inch closer to my hand and a half-inch closer to my head and it might be a good idea to let me see a doctor. I guess that got someone’s attention because I was moved from the large waiting area to a smaller room behind a set of double doors. An hour passed.

Having finished reading, War and Peace, which I started upon entering the ER, I got bored. Curious, I opened an eye-size gap in the curtain and peeked down the hallway and into a room across the hall. I noticed a couple men in security uniforms and wondered why they were there. When a crazed man started screaming profanities at his doctor and pushing everyone around, I found out. It took three large men to hold him down. A nurse saw me peeking through the curtain and pulled it shut.

When a doctor named Andy found my room, it took him one minute to assess the situation, tell a nurse to admit me and another to start an IV.

Two things I would like to say about this hospital. First, the medical staff was amazing. Without exception every nurse and doctor that cared for me was professional and courteous. The second thing is that the food tasted worse than refrozen TV dinners. I suspect, although I lack proof, the flavorless vegetables and soggy pizza crust were intended to prompt people to get out sooner. I wondered if they hire someone who prepares recipes with the intention of cooking, not tasteless food, but foul tasting food. Are there culinary schools that teach such skills?

Anyway, by Tuesday night the drugs didn’t seem to be working and the infection had spread, my arm had inflated and my elbow looked like a red bulbous growth. That’s when I began to contemplate losing my arm. Not that I thought I would. But I considered the idea. One problem with losing an arm is also losing the hand. But I figured without an arm I could tell one-armed jokes. I tried but couldn’t think of any. One idea that excited me was the prospect of auditioning for the role of the one-armed man if they produced another remake of The Fugitive.

Looking for a sliver of hope, I showed my arm to a new nurse—new to me, that is. She looked at it and said, “Wow, that’s a nasty infection. I’ve never seen anything like it.”

Simple things become hard with one arm. Try taking a shower with your non-dominant arm and you’ll see what I mean. Take the lid off your toothpaste with one hand. Tie your shoes with the same hand. Get what I mean? I suddenly had more sympathy for those who have suffered such a loss.

By Thursday the bugs were losing. The red no longer glowed and some of the air had been released from my arm. Exhausted and with a script of antibiotics, I went home. I figured I’d just bounce back to my routine. I hadn’t anticipated the fatigue I suffered, and still do, as my body continues to fight the lingering infection in my elbow.

The best part of this episode has been the love expressed by so many of my friends. I’ve received emails from all over the world. Guys were praying for me not only throughout the United States, but in Africa, Europe and South America. Thanks to all of you who prayed.

I discovered, first hand, the meaning of Psalm 144:4, “Man is like a mere breath; his days are like a passing shadow.” How quickly an infection, a heart-attack, or an automobile accident can sunset our lives. For years I’ve meditated on Psalm 90:12, “Teach us to number our days, that we may present to you a heart of wisdom.” My experience was a quick tutorial and I have a new awareness of how frail my health and life are.

I realize I wasn’t on death’s door. And I was probably never in danger of losing my arm. But somehow, I feel better and more confident and about today and tomorrow. God and my family and friends were with me. And they still are.