Home Leadership Use Your Failures to Inspire Others

It would be easy to think the best leaders are those who have a track record of
uninterrupted success. Accepting that as a pressing truth, many leaders feverishly
work to cover up failures and magnify their successes.

The problem with that viewpoint is that it’s not based on reality. The truth is
nothing inspires others more than seeing someone who not only won a few battles
but lost a few as well. 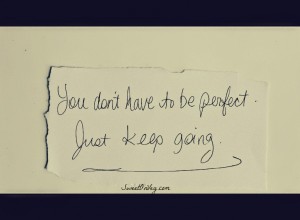 We must dispel from our minds the idea that strong leaders never fail. Journalist, Richard J. Needham once said, “Strong people make as many ghastly mistakes as weak people. The difference is that strong people admit them, laugh at them, learn from them. That is how they become strong.” Powerful insight! Don’t you agree? An excellent example would be David’s Mighty Men. Did you know they were not always “mighty?”

In Second Samuel 22:2 it says of these men, “All those who were in distress or
debt or discontented gathered around him (David), and he became their leader.”

For whatever reason these future mighty men hadn’t succeeded in King Saul’s army.
In fact, they hadn’t done too well in any facet of life. None of them had been voted,
“Most Likely to Succeed,” by the faculty of their Ivy League School. Their picture
had not appeared on the cover of the Time magazine, “Man of the Year” edition. Nobody had nominated them for a good citizen award. On the contrary, these men had been thrown into the meat grinder of life and emerged emotionally battered and mentally distraught. These men had suffered a string of financial and relational setbacks. And when God inspired the writing of their story he didn’t cover up their bleak history, he highlighted it.

These men became strong because they learned how, by God’s grace, to overcome failure. And if you want to exercise strong leadership with your family, at work, or in any other setting–allow others to see you fail. The fact is–those closest to you already know that you periodically fail. And you can bet that they’re watching to see how you’ll respond when you stumble. If you pretend it wasn’t a failure, or minimize it, or become cynical or stop dreaming because of the failure, they will learn from that as well.

Wives, children, fellow-workers, and friends, do not need to see perfection in you. They need to see an authentic man who is in process … one who admits when he stumbles, gets up, wipes off the dust, and moves on with more determination. As Mighty Men we must learn to lead through our failures.

Today’s article is adapted from my book, Awaken the Leader Within.