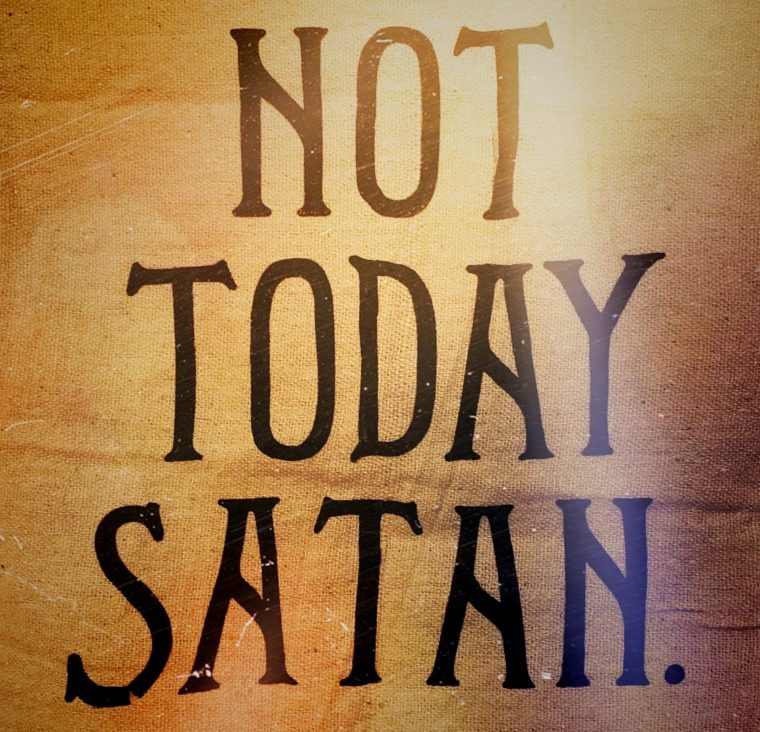 In Matthew 16:21-23 we read, “From that time on Jesus began to explain to his disciples that he must go to Jerusalem and suffer many things at the hands of the elders, the chief priests and the teachers of the law, and that he must be killed and on the third day be raised to life.

22 “Peter took him aside and began to rebuke him. ‘Never, Lord!’ he said. ‘This shall never happen to you!’

23” Jesus turned and said to Peter, ‘Get behind me, Satan! You are a stumbling block to me; you do not have in mind the concerns of God, but merely human concerns.’”

When Peter said, “This shall never happen to you?” to what was he referring? The answer is clear: he spoke of the Lord’s death. Since Peter didn’t understand the Lord’s previous references to his death and resurrection, I don’t think he heard Jesus say, “and on the third day be raised to life.” I suspect he stopped hearing once the phrase “be killed” left the Lord’s mouth. Why? Because in his mind, Jesus, the Son of Man, could not die.

Like Peter, most of us think of loss when something goes wrong. Or, seems to be going wrong. In the past this death paradigm has caused me to obsess over a loss, or potential loss. Once my mind latched onto death and loss, negative emotions followed . . . emotions like fear, depression, anger and despair. Isn’t that why the disciples locked themselves in a room after the Lord’s death? Isn’t that why they denied his resurrection when Mary Magdalene, and others, said they had seen the risen Lord? Weren’t they so focused on the finality of his death that they couldn’t conceive of his resurrection?

But who created this paradigm of death? And who plants it in our mind when something goes wrong? To find out let’s look to Peter’s declaration just before he rebuked Jesus. In Matthew 16:13-17 we read: “When Jesus came to the region of Caesarea Philippi, he asked his disciples, ‘Who do people say the Son of Man is?’

14 “They replied, ‘Some say John the Baptist; others say Elijah; and still others, Jeremiah or one of the prophets.’

16 “Simon Peter answered, ‘You are the Messiah, the Son of the living God.’

17 “Jesus replied, ‘Blessed are you, Simon son of Jonah, for this was not revealed to you by flesh and blood, but by my Father in heaven.’” (NIV)

Jesus told Peter he had heard the voice of his heavenly Father. The Lord declared, before all the disciples, that God told Peter his identity and Peter announced it.

In the very next story Peter told Jesus, “This shall never happen to you.” I suspect when Satan spoke to Peter, the fisherman believed he had again heard God’s voice. Why else would he pull Jesus aside and rebuke him? Paul tells us, “Satan himself masquerades as an angel of light” (2 Corinthians 11:14 NIV). Since this is true, couldn’t Satan impersonate the voice of God, the same voice Peter had heard a few moments before?

Recall the Lord’s wilderness temptation. After the last test, we’re told, “When the devil had finished all this tempting, he left him until an opportune time” (Luke 4:13). Satan didn’t give up on his plan to bring down Jesus. From the moment the two parted in the wilderness, Satan looked for an opportunity to divert Jesus from the Cross. What moment could be more opportune than right after Jesus had praised Peter for hearing from the Father.

Notice that Jesus didn’t say, “Get behind me, Peter.” He said, “Get behind me, Satan” (Luke 16:23). Never forget that every anti-resurrection bias finds its source in Satan, the father of lies (John 8:44).

I’m convinced, like the disciples of Jesus, we view life through a paradigm that resists associating the word “resurrection,” with disappointment and loss. When something goes wrong most of us don’t immediately consider how the Lord will resurrect the situation. Rather, we consider how a bad situation will get worse. Isn’t it why our thoughts and emotions drop like an anchor when we face disappointment?

The good news is Jesus told his disciples:

“Very truly I tell you,  unless a kernel of wheat falls to the ground and died, it remains only a single seed. But if it dies, it produces many seeds.” John 12:24