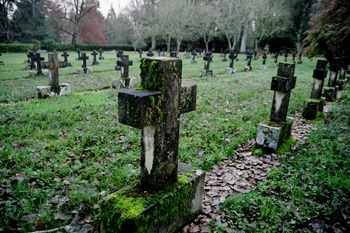 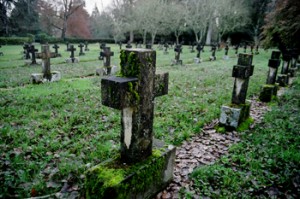 I was saddened by the untimely death of actor Philip Seymour Hoffman. His body, dressed in boxers and a T-shirt, was found in a bathroom of his apartment with a needle stuck in his left arm. My sorrow isn’t because I knew him. I didn’t. It’s because his performances touched me. He was so brilliant playing Truman Capote in the film, Capote, that he won the 2005 Academy Award for Best Actor. And I’m saddened to think of his three fatherless children and close friends.

Death is so final. When an actor dies he has taken his last bow. The same is true of us all. So how do we find meaning in something so horrible? Or, is it even possible?

Because I’ve read a lot of poetry, I’ve found that poets have much to say about death and the meaning of life. It was Solomon, a biblical poet, who said, “The day of death is better than the day of birth” (Ecclesiastes. 7:1).

That statement seems wrong. But upon reflection I think Solomon meant that on the day of birth we’re filled with hopeful and unrealistic dreams of a child’s future. We don’t see the heartache and disappointment that accompanies life. The day of death is different and better because on that day we contemplate the meaning and brevity of life. We realize that death reduces the great and small to nothing more than an empty shell decaying in a box.

Consider the words of poet Thomas Gray (1716-1771) who wrote about the finality of death for both the great and small. He noted how the most powerful are powerless to break the bonds of death. Their ornate burial “urns” (expensive casket or cremation urn) cannot “Back to its mansions call its fleeting breath” (Elegy Written in a Country Churchyard). A casket made of gold and lined with jewels cannot call back to his mansion the body it houses. Money might buy great houses, but it can’t buy back a lost life.

Most people will die unknown. While thousands grieved the death of Hoffman, and television satellite trucks lined the streets outside his home broadcasting meaningless information to a watching world, only a handful will know of my death. Gray said, “Full many a flow’r is born to blush unseen, And waste its sweetness on the desert air.”

Yet, the Apostle Paul, looking in the face of death said, “For me to live is Christ, and to die is gain” (Phil. 1:21). And that is our hope. As final as death seems from this side–for those who embrace Christ–it is gain.

As people consider the death of celebrities–they also consider their own. Times like this prove the day of death is better than the day of birth for it surfaces a man’s fear of dying and his need for meaning.