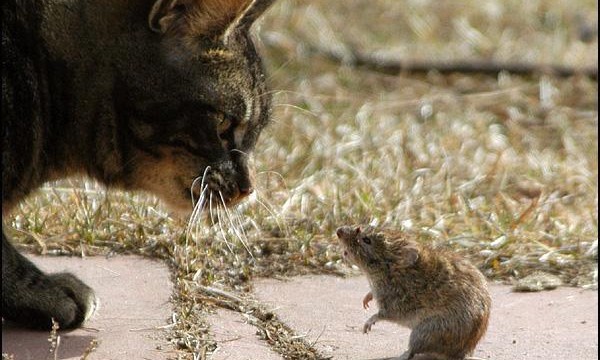 I, for one, am tired of being pushed around. I’m also tired of watching other men passively fade into the background of the wallpaper hanging in Satan’s office. If we’re going to fulfill our God-given purpose as men, it’s imperative that we stand up to these cultural bullies and start fighting for what matters most.

“So, Bill,” you may say, “what matters most? What’s worth fighting for?”

A Philistine army had been attacking local farmers and stealing their crops. Since the Philistines had a monopoly on iron weapons, the task proved easier than taking a bone from a toothless dog. 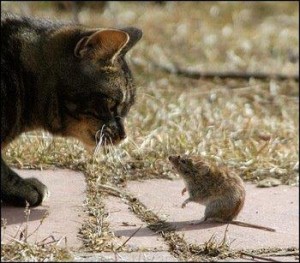 In the face of such overwhelming force, all the villagers fled except Shammah. Something inside this man told him God had created him to fight evil. No Philistine punks would bully him. God had given the land to Israel, and he refused to let the Philistines drive him from it. Allowing the enemy to win would be tantamount to surrendering to their idols and immoral practices. While the rest of the Jewish men took off with their families like flying insects afraid to light anywhere for fear they’d be crushed, Shammah grabbed his sword, planted his feet in the middle of his field of beans, and said, in Clint Eastwood form, “Make my day!”

I suspect the Philistines laughed at this single warrior pathetically challenging their might. Big mistake. You see, while they may have surrounded Shammah, they had not surrounded his God. Mighty men stand their ground and fight—and they fight to win. While the rest of the community nervously peeked out from their hiding places, Shammah single-handedly routed the Philistines.

Today our battle isn’t with swords and shields. We don’t take on an enemy in hand-to-hand combat in a fight to the death. Our war is against an invisible spiritual enemy and the cultural forces he uses to bully us. The apostle Paul warned us about this: “For our struggle is not against flesh and blood, but against the rulers, against the authorities, against the powers of this dark world and against the spiritual forces of evil in the heavenly realms” (Ephesians 6:12).

How do we fight such an enemy? We follow Shammah’s example—we stand our ground. That’s why Paul went on to say, “Therefore put on the full armor of God, so that when the day of evil comes, you may be able to stand your ground, and after you have done everything, to stand” (Ephesians 6:13, italics mine). Twice in one verse he exhorts us to stand.

I’m convinced that we discover the secret of masculine strength when we follow God’s command to stop running, stop being bullied, and stop living passive lives. We unleash the warrior within when we tap into God’s power and say, “I will not be bullied any more. From this day forward I’m going to stand my ground and fight for what God values—not what the culture values.

Adapted from my book, Six Battles Every Man Must Win.