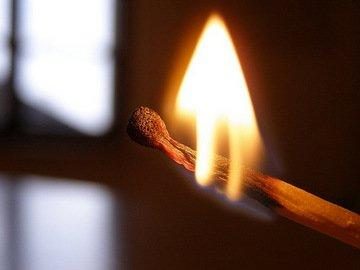 My first best friend was a neighbor who lived behind me in Roswell, New Mexico. His name was Eddy Borland. We were inseparable. In addition to playing baseball together, we liked to light fires. One day something happened and Eddy’s shirt caught on fire. He panicked and started to run. I tackled him and threw myself on his shirt snuffing out the fire . . . pretty fast thinking for an eight-year- old. Eddy looked at me and said, “You saved my life.” 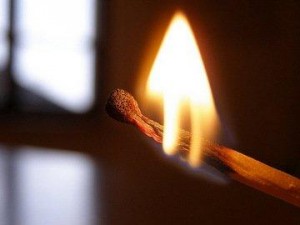 “I at least kept you from getting burned,” I said. “Too bad about your shirt though.”

Since Eddy I’ve had a lot of good friends. Still do. That’s why it saddened me to read that a survey of 1,467 people revealed that only 1 in 4 Americans has a friend with whom they can discuss an important matter. Frankly, I think that drags. I believe part of the problem men have is that we don’t’ want to take the chance of getting burned.

And yet, risk taking is something we do every day. Of the thousands or millions of risks we take in a lifetime, the most significant are those involved in loving other people. When we take such risks, we make ourselves vulnerable to betrayal and rejection.

Self-absorption and passivity restrict our ability to take relational risks. They keep us from sharing openly with another man about our fears, disappointments, and failures. They prevent us from listening to another man’s fears or challenging his thinking or behavior when we see he’s struggling. They bridle our willingness to enter into deep and lasting friendships. And they cost us dearly.

Consider the likelihood that David committed adultery in part because he had nobody to openly share his struggles and temptation with. Later, to cover his sin, the king had Bathsheba’s husband, Uriah the Hittite, murdered. That ruthless act is made worse by the fact that Uriah was one of his mighty men—someone who had pledged to serve David and someone David had trusted with his life. (See 2 Samuel 23:39.)

Could David have avoided both sins if he had had a few buddies with whom he could share his internal battles? I think so. I find it disheartening that a man who had such close friends while he ran from Saul isolated himself once he ascended to the throne. He no longer enjoyed the camaraderie of battle or the unity found around a fire at night. It saddens me that a man who demonstrated such boldness in battle lacked the courage to openly share the secrets of his private life.

Yet, both love and maturity demand risk taking. As boys we climbed on a bike one day and tried to ride it. While our dad held the bike upright we wobbled forward, afraid we would fall and skin our knees or break an arm. But we took the risk and eventually learned to keep our balance and ride. As we’ve grown up we’ve taken other risks—asking a girl out on a date, applying for a job, or buying a home.

As warriors we must realize that we cannot win the battle for our heart alone. We need other men and other men need us. Solomon realized this when he said, “Though one may be overpowered, two can defend themselves. A cord of three strands is not quickly broken” (Ecclesiastes 4:12).