Home Life and Death Snatched From the Fire 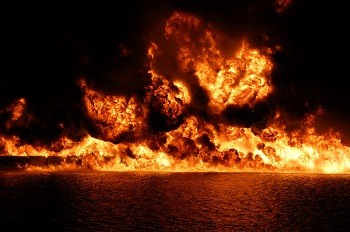 It’s a horrible thing that’s happening in Iraq. Christians being slaughtered simply because they’re Christians. According to news reports, Christ followers are told to convert, pay a tax, or die. In the face of such horrible options most are running away. Some can’t escape and chose death. 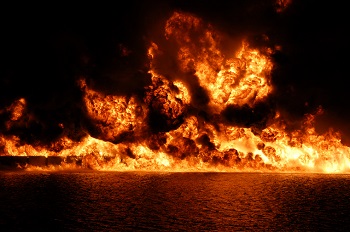 As I read about this persecution, I thought about the Babylonian king, Nebuchadnezzar, who built an image of gold on the plane of Dura. The image stood ninety feet high and nine feet wide. Once completed, Nebuchadnezzar summoned all government officials to come to its dedication, where they would bow down before it. So the satraps, prefects, governors, advisers, treasurers, judges, magistrates and all the other provincial officials assembled for the dedication of the image (Daniel 3:1-30).

The king must have enjoyed watching thousands, if not tens of thousands, bowing before his golden god. But the scene wasn’t perfect. Three Jewish men, Shadrach, Meshach, and Abednego, refused to bow.

The king gave these men two options: bow and live or stand and die. When they refused to bow, he threatened to hurl them into a blazing furnace. And then added this, “What god will be able to rescue you from my hand?” (Daniel 3:16).

Their response blows me away. “If it be so, our God whom we serve is able to deliver us from the furnace of blazing fire, and he will deliver us out of your hand, O, king. But even if he does not, let it be known to you, O king, that we are not going to serve your gods or worship the golden image that you have set up” (Daniel 3:7-8).

The key phrase is this, “even if he does not.” These men didn’t serve God only when he gave them what they wanted.

True to his word, Nebuchadnezzar threw them into a furnace heated seven times more than it was usually heated. These three men didn’t know if God would deliver them or let them die. What they did know was they would rather face death than deny their God.

But of course, God is the hero of the story who appears in the fire with them. He delivers them without a burn or the smell of smoke on their robes. Such a dramatic and miraculous scene got the king’s attention, prompting him to acknowledge their God and elevate the three men to positions of power.

What impresses me is that in the moment their faith was tested, they didn’t know the end of their story from the beginning. Nor do we. But we do know in every situation God could deliver us. And we also know if he doesn’t, he remains worthy of our trust.