Home Life and Death Why I Didn’t Take My Life 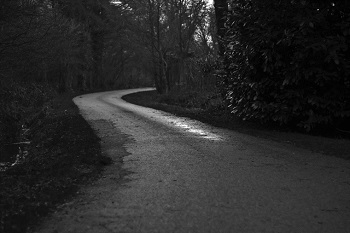 Depression is a horrible affliction. It’s as different from discouragement as a migraine is from a tension headache. One is devastating. The other distracting.

When I slipped into depression several years ago, a black cloud enveloped my mind, casting shadows over every thought. An uncertain future littered with potential minefields had created the cloud. I wanted to avoid the field altogether and pleaded with God to provide a detour. To show me a safe way around or though the danger.

And so I began to obsess about avoiding the explosives without getting blown to smithereens. I used my creativity to conceive one scenario after another. Like someone fixated on solving a Rubik’s cube, I turned over every idea imaginable. I became a crazy rat running hour after hour on a wheel, making no progress. Days and weeks passed.

And then I realized I could not solve the problem. I would be blown up and those I loved would be maimed by shrapnel.

Instantly, terror, like acid, pumped through every vein in my body. As quickly as an eye moves from one object to another, my obsession shifted. I no longer concerned myself with solving the problem. My creative energy focused on imagining how bad my life, and those I loved, would soon be. This new obsession both fueled and was fueled by terror. Not only would I experience complete and irreversible failure, I would end up living under a bridge in Portland.

That’s when the thought of suicide entered my mind.

I’ve got a substantial life-insurance policy which would take care of Cindy for the rest of her life. I didn’t fear dying as I knew the physical pain would be much less than my present emotional pain. I quoted David Foster Wallace last week and I think his words fit here too:

When the flames get close enough, falling to death becomes the slightly less terrible of two terrors. It’s not desiring the fall; it’s terror of the flames. And yet nobody down on the sidewalk, looking up and yelling ‘Don’t!’ and ‘Hang on!’, can understand the jump. Not really. You’d have to have personally been trapped and felt flames to really understand a terror way beyond falling.

I felt the flames and they were more terrifying than the fall.

So why didn’t I take my life? Why didn’t I let the terror of living prompt me to end it all?

I asked myself a simple question: What would Jesus feel and think in my situation. I realize the question may seem trite. But it wasn’t trite in the moment. In fact, it took every ounce of emotional strength to ask it. My voice had to break free of a dark gravity.

But having spoken the words, I remembered Jesus in Gethsemane. Terrified by what would soon happen, he asked God to remove the cup of his suffering. In this respect, we were alike because I too had begged God to remove my imagined future.

But that’s not all Jesus said. He then told God, “Nevertheless, not my will but yours be done” (Matthew 26:39).

And so I repeated Jesus’ prayer. I told God if his will was for me to pass through a minefield and get blown up, then I would embrace his will. From the depths of my soul, I embraced whatever future God had for me. And then I made a vow. I told God I would never again allow my mind to contemplate suicide. I vowed to not let lies dominate my thoughts.

Once I had done this, the black cloud lifted a bit and I realized I had been repeating lies to myself so long I had begun to believe them. No more.