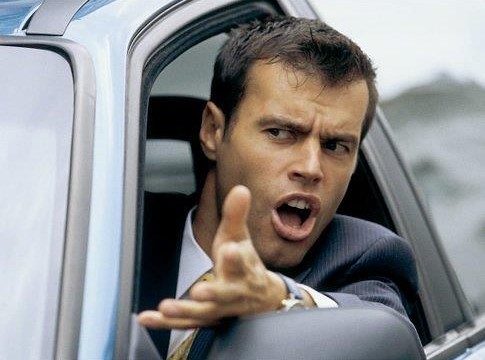 Conflict is unavoidable.  If you’ve got two people on a team and they never argue then one of them isn’t needed.  Jesus, the greatest leader of all time, faced conflict among his disciples, between the disciples and himself, and between the religious and political leaders and himself.  As long as your team is on the move there will be conflict.  Since that’s the case you would be wise to view conflict as an inevitable part of life.  Otherwise, you’ll view it as an unnecessary interruption of the flow and respond with frustration, intolerance, and anger.

Nobody Has This Power Over You

Notice I said, “You’ll respond to conflict.”  I didn’t say, “Conflict will make you respond.”  The difference between those two statements is crucial because one says you control your response to a situation and the other says you’re a victim of the situation. Nobody else has the power to make you angry or frustrated.  You control your response.  They don’t.

I hammered this truth home with my children so well that one of them threw it back at me in the heat of an argument.  As we verbally sparred over something important (like his responsibility to mow the grass or fill the car with gas after using it) I could see I wasn’t penetrating his defenses.  In frustration, I said in a loud and stern voice, “Ryan, you’re making me mad!”

“That’s impossible!” he retorted.  “I can’t make you mad—you control your feelings.”

I tried not to laugh, but couldn’t help it.  Ryan had learned an important lesson (Okay, he probably hadn’t learned the lesson.  But at least he had heard it enough times he could repeat it at an appropriate moment.) that every leader needs to master if they’re going to effectively manage conflict.  Namely, conflict is unavoidable and I determine my response.

So while we can’t avoid conflicts altogether, we can manage them. Here are five proven principal’s:

First, seek to understand and then to be understood.  Listen to the other person and make sure you understand their point of view before sharing your own.

Second, focus on issues not personalities.

Third, instead of assigning blame, try to creatively figure out a way the situation that created the problem could be avoided in the future.

Fourth, own whatever part you have in creating the problem.

Fifth, as you talk with the person involved, continually ask God to give you wisdom.

While these five steps won’t eliminate conflict, they will help you manage and redeem it.