You would never expect a battle to be won because a man, standing on a hill, held up his hands. And yet, that’s what happened when the Jews fought an enemy in the wilderness of Rephidim.

Understanding why this happened involves a small detail. Namely, Moses held the staff of God in his hands. The staff was a sign God had given Moses to assure him of his presence. Remember how at the burning bush God told him to throw it down – he did and it turned into a snake – and God told him to pick it up by the tail – he did and it turned back into his staff? Recall when Moses stretched his staff across the Sea and it parted, and Israel crossed on dry ground. He then stretched his staff over the divided Sea and it swallowed Pharaoh’s army.

Now, with the Amalekites attacking, Moses’ act of taking God’s staff in his hands and holding it high told Joshua and Israel that he was looking to God for victory. The events on the mountaintop, in correlation with the progress of the battle, bore this out. Joshua defeated the Amalekites with the sword, but it was the staff of God in Moses’ hands that made the difference . . . as long as it was held high.

If you’ve ever held out your hands for any length of time you know how quickly your arms tire. That happened to Moses and that’s why his hands, and the staff, kept moving down. But two men, Aaron and Hur stood on each side of Moses, holding up his hands until sunset (Lev. 7:12).

I’m not standing on a hill in Oregon holding up a staff. But I am looking to God to spread the word about The Jesus Story. Does this involve a spiritual battle? Absolutely! Do you think the enemy wants the story of Jesus published in a unique format that will encourage people to read it? Certainly not.

I’m now holding up The Jesus Story so people will see it and be drawn to Jesus. Come alongside me and hold up my hands. Help me continue, in the strength of God, to lift up the one who assures our victory.

Together, let’s do something that will bring spiritual victory, not only for us, but others around the world. 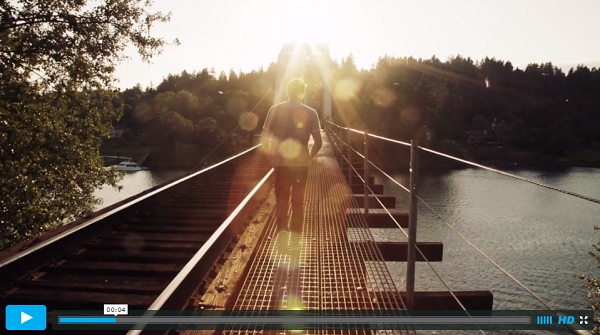