Home Faith Do You Long For a Second Chance? 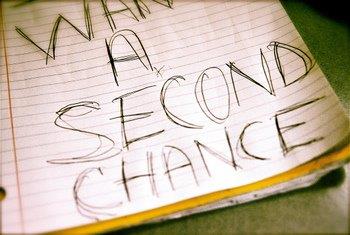 Those who have suffered the agony of a failed romance or marriage look back at hurtful things they said or did and wish they could undo the harm. But they fear the damage from an emotional gun that’s been discharged can’t be undone. They killed love and fear they’ll never get it back.

Everyone wants and needs another chance. That’s true in athletics, business and romance. It’s true in all of life. 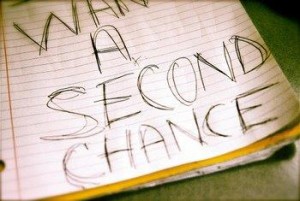 If anyone ever needed a second chance it was Samson. The ancient judge had everything and lost it all because he refused to bridle his lust. Bald-headed, blind and weak–the former champion became a slave to his enemies–the Philistines. Yet, from his place of weakness and despair, Samson learned a priceless truth about God.

The prayer of Samson may have sounded like the words of a helpless and hopeless man. And they would have been except God heard him pray, “O Sovereign Lord, remember me. O God, please strengthen me just once more” (Judges 16:28).

A moment later God restored Samson’s strength and the man the Philistines mocked pulled down the temple, killing more in his death than he had during his life. Some think Samson’s death a great tragedy. It wasn’t. Had Samson died without learning he served the God of a second chance, then his death would have been tragic.

I’ve had people tell me, “I’ve blown plan A for my life.” I like to remind them that there are 26 letters in the alphabet and that God can use them to carry out plan B, C, and D. I urge them to never forget they serve the God, not only of a second chance, but of countless chances.

Maybe you feel God has placed you on a shelf because of something you’ve done. If so, I want you to consider that God may be going to use you to accomplish more in the future than you have in the past. If such a thought seems far-fetched–remember this fact–you serve the God of more than a second chance.